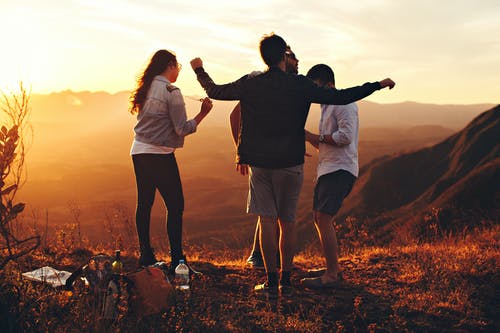 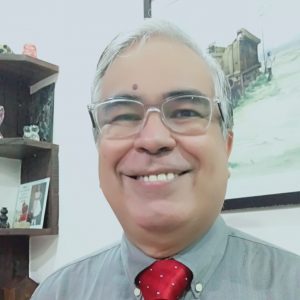 For an adolescent, who has just stepped into his/her teens; or the ones who are going through their teens, the phase of teen-hood is such, wherein, one has left behind the playful and carefree times of childhood and is now mellowing into adulthood.

There are deep challenges to be faced, discoveries to be made, and work to be done to prepare oneself for adulthood; an adulthood which would bring with itself a great deal of responsibility.

Hence, it is normal to expect many an ‘UPs and DOWNs” in the process of transcending through teenage. It is like wading through tumultuous waters. It’s a time to falter and learn the realities of life.

The question for many adults, especially the parents and teachers is, when does one know that a teen child is on the brink of a crisis, which takes him/her away from being “Normal”? And what are the “Red Flags” which need to be identified and the steps required to be taken.

Adolescence – impacting the 4 Pillars of Existence

All human beings have four pillars of existence. These are Biological, Psychological, Social and Spiritual. The Adolescent goes through multiple changes in the short span of teenage , which impact all these four aspects.

While the body is undergoing a transition from childhood to adulthood, so are the mind, the relationships and the sense of connect with the inner self.

As a result, these changes manifest in the behaviour of the teenager in different ways. How others around them respond to these behavioural changes, in turn, defines further changes in the teenagers’ actions and reactions to all they are confronting.

While many of the behavioural changes may seem “normal”, it is important that parents and guardians watch out for signs of behaviour that signal a lack of wellbeing.

In this scenario, the ‘Normal’ would be defined as a set of behavioural patterns that are within the socially defined norms.

These are behaviours that do not cause a distress to oneself or others; and wherein, psychologically and physically a sense of wellness and contentment is perceived.

In the process of the journey of teen-hood there will be certain crisis moments, wherein, a shift from the ‘Normal’ may be perceived; a little hand holding here may help.

The process of thinking helps one to form an opinion, analyse, plan, formulate communication, learn, create, innovate, express one’s emotion etc. This process of thinking takes us places within the confines of our minds. It is normal for one to indulge in a little day-dreaming and fantasy.

However, the process of thinking may get disordered. For example,

Apart from the problems explained on the basis of thinking and feeling, one has to be vigilant to look out for problems of:

Although the issues of adolescence appear to be many, it can be simply understood as a stage of transition from childhood to adult-hood, wherein the two prime faculties of the mind – thinking and feeling, get primed, in response to the societal needs. The process of this learning is fraught with many challenges since one is neither a child nor an adult.

Until the storm of adolescence withers and the calm of adult-hood sets in, we have to be vigilant. Nice guideline which is very much useful for parents, guardians & teenagers . I appreciate you for your excellent article. Such article is very much essential for the society today .