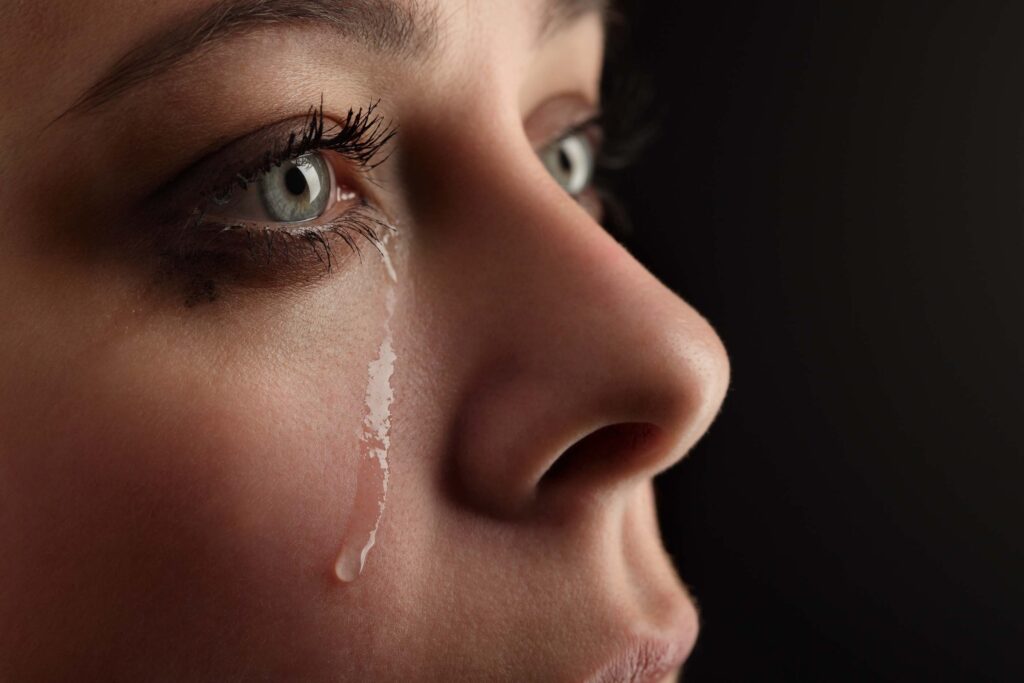 Harsh words hit the person – not the problem they face

Remember the song ‘Words’ by Bee Gees. The refrain is:

“It’s only words and words are all I have, to take your heart away”

What if I were to think of the opposite –

It’s only words and words I always have, to shred your heart away.

Words are potent and powerful

Words are invisible; they can leave indelible scars. They are potent and powerful; And it is in our power to use them as we choose. Much has been written about the impact of words. They have energy and need to be used mindfully.

Eight year old Feroze was a marvel with any musical instrument. The beats and tunes flew intuitively through him. Yet the math class was a nightmare and he struggled.

The attitude of the teacher did not help. She mocked him in class, as she distributed the corrected answer scripts; and called him ‘dumb’ and ‘stupid’ for repeating an earlier mistake. What this did for Feroze’s self esteem is not difficult to fathom.

Brainless, embarrassment, disappointment, dud, wicked, failure, useless, worthless, slob are other such insults often meted out to children, by those in authority, like parents and teachers. When repeated frequently, the little beings invariably internalise these harsh words as defining them.

At an office, an employee was told, “I should have invested in a monkey. It would perform far better than you.” And yet another was sarcastically ticked off with, “I didn’t realise that such losers qualified from such reputed business schools.”

Fortunately the first recipient of these harsh words, had the courage and the confidence to stand up to the boss; who, realising the gravity of the situation, tried to make amends with an apology. But not many are made of this mettle; and, the fear of losing the job or getting a bad appraisal, makes them swallow the insults and carry them around; sometimes even believing that they are indeed worthless.

Individuals who use such insensitive and harsh words, have obviously never learnt the basics of communication. If they were to ask themselves two simple questions, “How would I feel if I was treated like this by my seniors?” and “What is the intention of this dialogue, will it help?” they would speak differently, and use words more constructively.

So what do we take away from these incidents?

While addressing the person, separate the person from the behaviour that you want to focus attention on.

This in no way means that, you absolve the person of the responsibility for the consequences of his/her actions. If there are errors, they need to be pointed out, corrected and worked upon. But not by attacking the very being of the person with harsh words.

By taking the wind away, the balloon cannot be expected to fly.

If the person feels that he or she is, himself or herself, a mistake, dumb, stupid, a loser or beyond redemption, then how will he/she work on the issue? The idea is to get the person to see his/her action objectively, take responsibility for it, and look for ways of addressing, reducing and preventing errors.

So how do we do this?

1. Separate the behaviour from the person

Instead of calling Feroze dumb and stupid one can say, “Feroze you work out such complicated beats in music to keep time. Think of maths like  musical beats. We will look up some maths exercises linked to music on the internet. Go over your answer script carefully, check for mistakes and not repeat them.”

If a child throws something and it breaks, instead of calling him ‘destructive’, say, “That was a wrong thing to do. You have broken the toy and now we cannot fix it.” Focus on the behaviour and show him the consequences of his action.

Instead of calling the child ‘unkind’, ‘cruel’ or ‘mean’, we could say, “that was not a nice thing to do” or “that is an unkind thing to say” or “that is a mean thing to do” and add “ and we don’t want to be unkind and make the person feel sad, right?”

Rather than calling the employee a loser, one could say, “This is a surprising error coming from you since you have performed well in similar situations earlier. Go back to the skills you learnt during your training and analyse where you slipped up. You will have your answer.”

Instead of demolishing the person and his or her self esteem with harsh words, we try and centre in on the problem, talk about that and if possible help with suggestions on how to deal with it.

There could however be situations that are extreme, with behaviour totally unacceptable, that need firm action. But these are not the norm. Here we are talking about the more common actions and interactions.

There are also situations when a person seeks help regarding a personal problem/behaviour trait causing issues for him/her internally and also in dealings with the external world. Practising externalisation is one method of helping the person.

The concept of externalisation in Narrative Therapy is interesting. This needs to be done under professional guidance. What needs to be externalised and how, requires careful supervision.

Once again, this technique is not to diminish the person’s taking accountability for his actions. Rather, through externalisation, the attempt is to address the problem and prevent the unhelpful effects of the problem on him and those around.

Through this technique, clients are helped to create a distance and separate themselves from the problem.

“The person is not the problem; the problem is the problem.” These are the words of Michael White, one of the developers of Narrative therapy.

The counsellor guides the client to personify or objectify the problem being discussed. For example, if a person believes that he is an angry person and his angry outbursts create issues, he might see anger as residing within him; as if he and anger are one. He internalises the problem and identifies with it.

Through externalisation and by asking appropriate questions, anger is seen as something outside of oneself. This gives one a feeling of control over the problem that is making one behave in a way that one does not like.

Naming the problem in the client’s own words, describes the person’s own experience of the problem. For example instead of anger, the person could call it ‘jaws’, ‘monster’ or ‘scowl’. He could even give it an image.

There is then something more concrete to handle, instead of it being just a generic term. He can gradually build more trust in himself and not feel defined by the problem and in turn it makes him feel more empowered to deal with it.

How do these processes help?

There is often a feeling of relief that there is more to the person than the overarching problem. It supports clients to see a way out of a negative thought loop and replace it with positive thoughts; and move towards a ‘preferred story’. Talking about the alternative stories in his life will make him feel better about himself and his life.

The deeper understanding can help the person reclaim his/her life from the hold of the problem. In the course of the conversation the person’s own resources for dealing with the problem and otherwise too, are also revealed. So the internal strengths also come to the fore.

Both these techniques – of separating the person from the behaviour when correcting somebody; and, helping the persons see the problem as outside of themselves, instead of being a part of them, through the externalisation process, have one thing in common.

They both see the individual as much more than just the problem; with the capacity to harness the resources, strengths and skills within the person to deal with the situation. 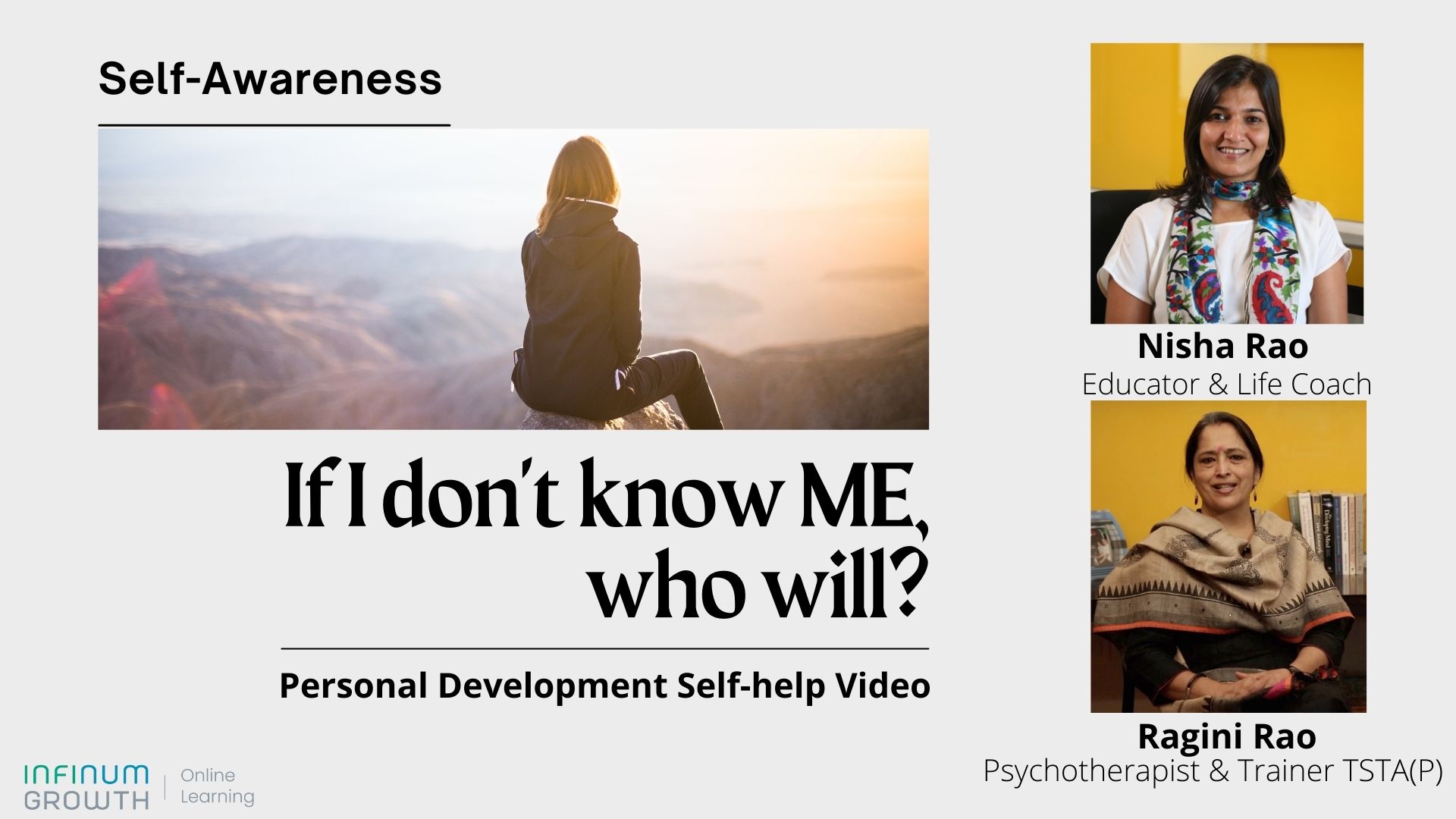 Self Awareness- If I don’t know me, who will ?