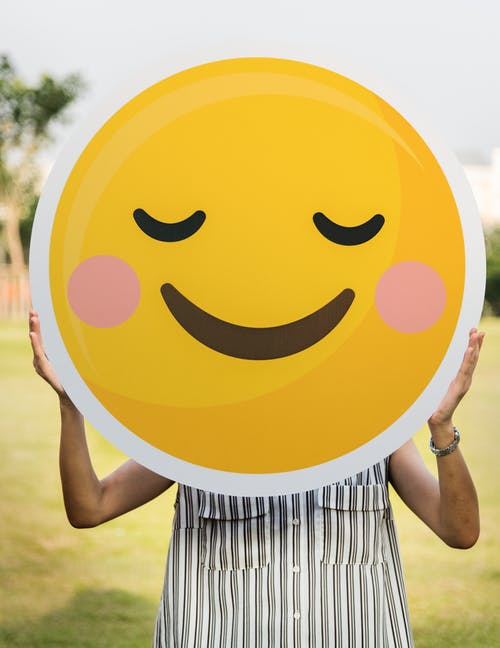 Happiness is a choice – to free the mind from conditioned thoughts

Happiness is a human need, which is at the core of our expectations from life. At the materialistic or activity level, what gives happiness to one person may be different from what another person may seek. However, happiness happens only when, at the emotional level, we truly feel free and at total liberty to make choices for all actions and relationships in our lives; and receive, in turn, the understanding and warmth from the people we relate with.

Happiness is a choice; of giving ourselves permissions at the cognitive and emotional level, for our thoughts and actions. The actions thus taken or experienced, lead to the release of certain hormones in the body; which generates the feeling of happiness.

All of us grow up with the mind being conditioned by messages received in the childhood. These restrict us from taking necessary actions that could result in happiness. In Transactional Analysis, this restriction is termed as Stroke Economy.

Strokes and their relevance to Happiness

In 1945, an eminent psychiatrist named Rene Spitz, did extensive research and study on infants and found that more than food and water, it was human touch, care and love that infants thrived on. This helped them develop into physically and mentally healthy children. His study consisted of two sets of infants – one, who were taken care of by their mothers or caretakers and the other set, by nurses in a home for children. After six months they found that babies who had been taken care of by their mothers, weighed significantly more, than the other set of babies; and they also looked more cheerful, active and happy.

These studies became a stepping stone for many psychologists at that time, to delve more into early influences of child development. Dr. Eric Berne (originator of Transactional Analysis) and his contemporary Dr. Claude Steiner, did extensive work on this and came up with the concept of Strokes and Stroke economy.

Stroke is a unit of recognition. Any appreciation verbal or non-verbal, positive or negative is a Stroke. Berne used the word Stroke to explain the importance of touch in human beings. This was discussed in an earlier article Give me a Hug.

What is Stroke Economy?

Claude Steiner developed the concept of Stroke economy (1974), to explain how society (specifically parents and adults) creates a scarcity for love and affection, by imposing a set of rules on how we should be appreciating or stroking each other. These are basically limiting beliefs that have been passed on, from one generation to the other without being questioned, confronted or updated.

1.Don’t give strokes even when you want to – I meet my friend. She is looking lovely and I notice that; yet I do not say it to her because there’s an inner voice which tells me not to. I get used to complying to this inner voice and even as a grown up I don’t question it, till it starts bothering me.

2.Don’t accept strokes even when you want them – My colleague appreciates me for a job well done. I shirk to accept it, because there’s an inner voice that tells me “Don’t believe her or them. People just say things, they don’t really mean it.”

3.Don’t ask for strokes even when you need them – A young wife wants her husband to notice and complement her for the effort she has taken to cook something special for him; and yet will never ask. She will keep waiting for him to praise her; and if he does no, she will sulk all day. Why? Because the inner voice says, “when you ask for strokes or praise, it has no value”.

4.Don’t reject strokes even when you don’t want them – A manager in his appraisal meeting with his subordinate, gives both positive and negative feedback to him. The subordinate ignores all the positives, focuses only on the negatives and broods over it for the rest of the day. Again this is a result of an inner voice that is directing him to focus on the negatives he hears.

5.Don’t’ stroke yourself- not ok to blow your own trumpet – It is very hard for most of us to to appreciate ourselves. Why? Through our growing up years we have been told that it’s not ok to praise oneself.

Happiness is a choice, to ignore the inner voice

The messages and words we heard our parents, teachers and other significant individuals in our life tell us, when we were growing up, become our inner voice. These words get recorded in our minds and keep playing over and over again. As children we feel compelled to obey these words. However, as adults, we do have a choice. But, we can exercise this choice only if we build awareness of our behaviour, our inner feelings and thoughts.

What happens when we continue to obey these messages as adults? Often, building relationships become a challenge, since strokes giving and receiving is such an integral part of any relationship.

Bringing awareness to both will help individuals to assess what is helpful now and how one could bring change.

Happiness is a choice, of breaking free from the Stroke Economy

To take determined steps to bring any change, the mind and body need to be in sync.

At the mind level, recognising our limiting beliefs and the feelings associated with them, we can make a concerted effort to change behaviour. Here are the ways to do so

1.Give strokes when you feel like giving them to others. Make it a practice to consciously appreciate others for something. It may seem put on in the beginning; but follow the rule, ‘fake it till you make it’

2.Accept strokes when you get them. Stop doubting them. Believe that people can be genuine about what they say.

3.Ask for strokes when you need them. Throw away the cultural limiting belief that asking makes it worthless. Strokes received after asking, carry the same value as those got without asking. One can choose whom to ask and when.

4.Reject strokes when you don’t want them. Give yourself permission to reject messages that don’t fit you. All what others say is not the ‘gospel truth’. Exercise your ability to make your own judgment about what is right for you and what isn’t.

5.Stroke yourself. Bring awareness to your own strengths and weaknesses and acknowledge them realistically. Account for the effort you have put in to accomplish something be it a job or a relationship.

There is no short supply of strokes in real. We do not need to live in stroke deprivation. There is enough and more available to give and to receive!!

Happiness is a choice of taking actions

Happiness does not come by just understanding the need to free ourselves from the stroke economy. Happiness is a choice we make to actually put the thoughts into action. At the body level, the sense of happiness comes through the release of appropriate hormones when we do particular kinds of actions.

Research has identified four hormones which are crucial and determine our happiness. Each of these hormones – Endorphins, Dopamine, Serotonin and Oxytocin – generate a happy feeling when released. The release happens when we do particular kinds of activity. These activities could be compared to the action of giving, receiving, asking or rejecting strokes.

Endorphin – is released when we do physical activities such as exercises and enables us cope with pain. It helps us enjoy the exercise. Laughter also releases the same hormone.(rejecting strokes)

Serotonin – gets released when we act in a way to benefit others. It gives us that feeling of satisfaction that we have helped someone or given back to society(giving strokes).

Oxytocin – gets released when we get physically close to people with love and affection(asking strokes).

Thus Happiness is a choice. It starts with choosing to free the mind from the stroke economy; then choosing to involve proactively and consciously in giving, receiving, asking and rejecting strokes ; thus allowing the body to release the hormones which give the sense of happiness.